This past weekend was a memory-making one in our house…our oldest daughter attended her first prom.  It was wonderful to see her and her friends enjoy this special night of their high school life.  She and her date looked so elegant.  I was happy to see her excitement, but also a bit sad to realize how quickly she is growing up. 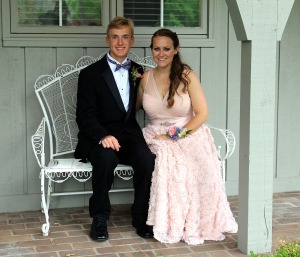 While the students enjoy the dinner and dancing of the prom, they are always ready to let loose at the After Prom.  It is the tradition of our school for the junior parents to plan the After Prom.  I had the privilege of being a part of the steering committee for the After Prom this year.  The planning began last fall, and the theme “Bright Lights, Big City” was chosen.

The main hallways of our high school were transformed into an urban New York City by the decorations committee.  They were so creative in every aspect of the decorating!  Upon arriving, the students were greeted by iconic NYC symbols…the big apple and the yellow taxicab.

They were directed to check in at the “ticket window,” where each student was given a ticket for admission into the event.  The tickets were hole punched as they entered the school. 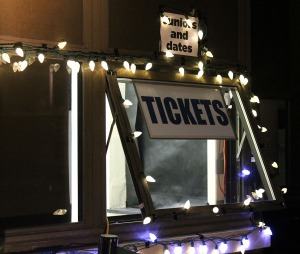 Once inside, there were more NYC sights on which to feast their eyes…street sign poles, the silver man living statue, graffiti, the city skyline, and the Statue of Liberty. 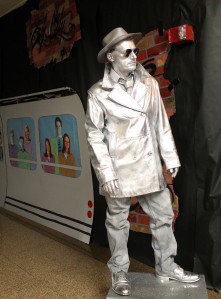 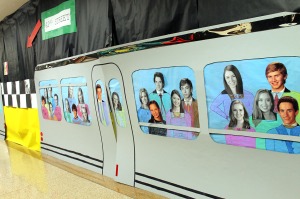 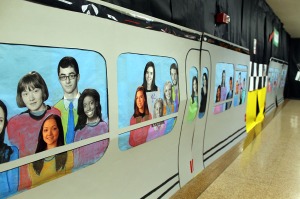 There was plenty of activity at the After Prom!   The games committee planned a lot to keep them entertained throughout the night…a mechanical bull, an inflatable obstacle course, laser tag, minute to win it games, a foam pit, boxer bingo, casino games, a live photo booth, massage chairs, a caricaturist, and a tattoo (temporary, of course) artist. 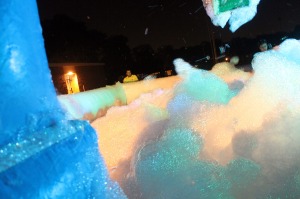 Every student was entered into a reverse raffle drawing for a prize.  The concession window was decorated like a NYC news stand for the raffle committee volunteers to use as their “shop” for the night.  Every person won some type of prize (mostly gift cards), with the final ten students playing elimination games to determine who would take home the top prizes.

With all that activity, these kids were hungry!  The NYC theme was carried over to the food.  A food truck from Rosie’s, a locally owned Italian restaurant, was parked just outside the school doors.  The students were able to snack on mini pizzas, bite size sausage sandwiches, and Hot Mama bread (their specialty).  There was a NYC Bakery which featured mini cupcakes, NYC themed cutout cookies, and eclairs.  A popcorn stand was also available for anyone wanting something salty.  The “Brooklyn Bridge Lounge” was created with a coffee bar atmosphere in mind.  The kids could relax on sofas and beanbags while enjoying some caffeinated beverages from Java Sensations. 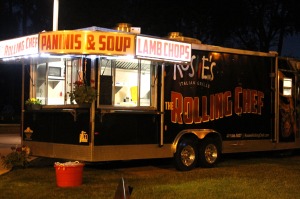 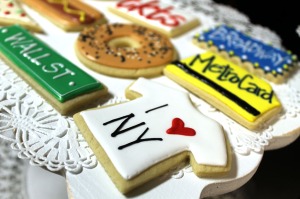 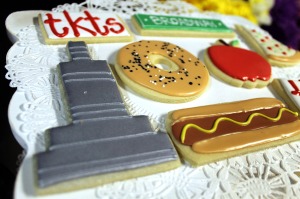 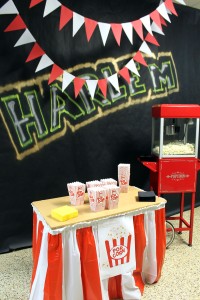 By 3:00 AM, everyone was ready to go home…or onto the AFTER AFTER prom (which was breakfast at a restaurant for some).  Everyone left with a T-shirt and hopefully fond memories of the night.

What a great night it was for our kids!

View Open
From the wedding ceremony to the reception, everyt

View Open
We had a great Fourth of July! We had a few frien

View Open
Maybe you’ve noticed some changes to my account

View Open
While it isn’t perfect, it’s better than befor

View Open
Today, on my blog, I posted about my dream trip to

View Open
Did someone say it was National Puppy Day? #natio

View Open
We had a socially-distant, mask-wearing Super Bowl